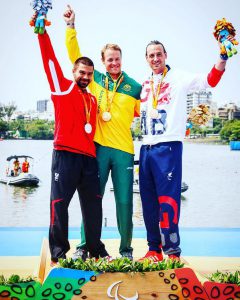 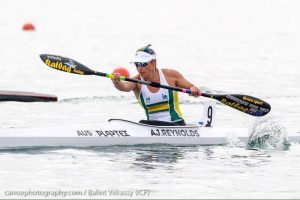 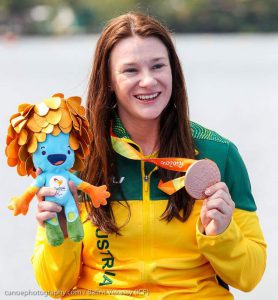 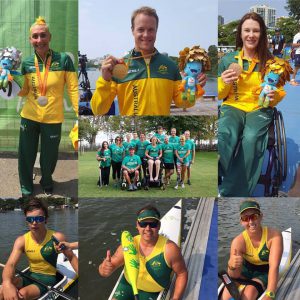 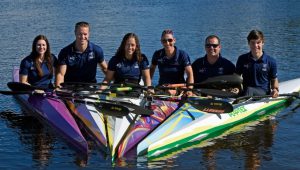 Kayaking is so varied that there is literally something for everyone. Paddling allows family and friends to experience exercise and challenge that is therapeutic for both mind and body. More importantly, canoeing is pleasurable and fun! Together, able bodied and adaptive paddlers can share all aspects of the sport.

Paracanoe began as an initiative by the International Canoe Federation (ICF) to allow athletes with an impairment to compete in the sport. The discipline featured with exhibition status under the name paddleability at the 2009 Canoe Sprint World Championships in Dartmouth, NS, Canada, and was given official status as paracanoe at the following year’s edition in Poznan, Poland. Later in 2010, the International Paralympic Committee (IPC) announced at a meeting in Guangzhou, People’s Republic of China, that paracanoe would make its debut at the Paralympic Games in 2016 in Rio de Janeiro.

Australia can boast some of the biggest names in para-canoe in its six-strong team. Curtis McGrath, Amanda Reynolds and Susan Seipel have all won World Championship titles.

Colin Sieders NSW, Dylan Littlehales, NSW and Jocelyn Neumueller have all been in the sport for next to no time, and already find themselves representing their country on the highest stage.

KL1-class competitors have limited or no trunk function and no leg balance. They apply force predominantly using the arms and/or shoulders.[6]

KL2-class competitors have partial leg and trunk function alongside good arm strength. They may require a backrest and footboard to propel the canoe depending on their leg function.[6]

KL3-class competitors have trunk function and partial leg function. They sit in a forward flexed position and use a footboard or the seat to help propel the boat.[6]