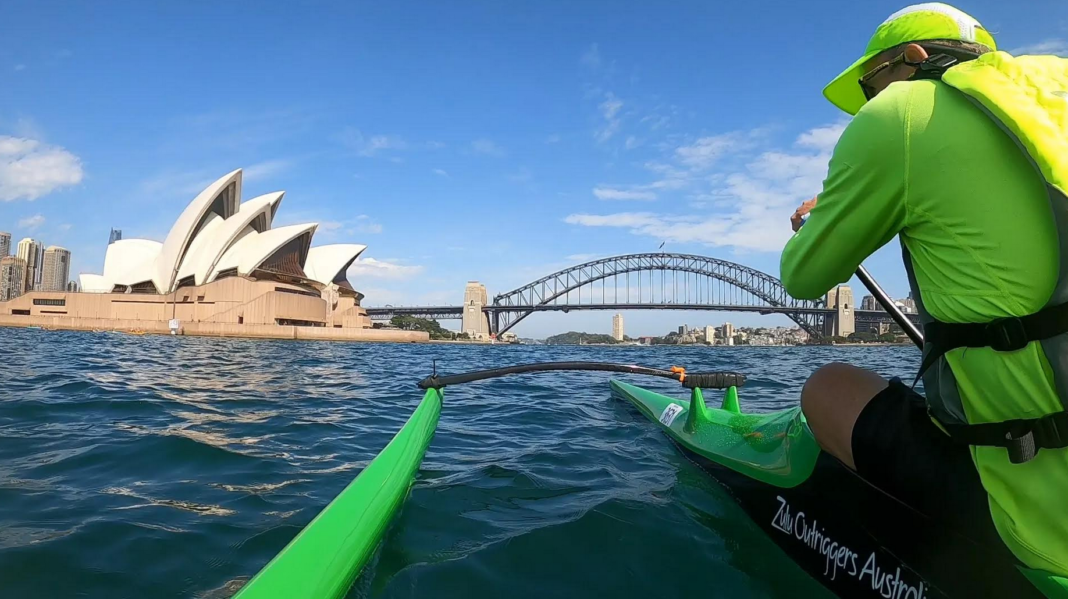 Mostly, our Members escaped the horrors of the bushfires, and we began with Race 1, in heat wave conditions, which was well attended with several Visitors from Hunter Valley Paddlesports Club. Then we had to cancel Race 2 because of wild weather and flooding! Races 3 and 4 were conducted “as usual.”

Before we could conduct Race 5, an “intruder” disrupted not only our races, but our whole lives! President Mick suggested that we continue our Wednesday evening races “Virtually” – which we did, and the concept has been quite convenient on occasions, allowing Members total flexibility regarding the time and place for their 7.6km efforts.

The Winter Series was completed “in compliance with the Health Dept. Rules” without incident.

The usual preliminary preparations were made for the Wyong River 30km Marathon, in case it could be held normally, but only competitors from the Central Coast and Lake Macquarie could attend. The “Dynamic Duo” of Alby Cobb and Geoff Dawes were first home, closely followed by another famous duo – Marg and Rob Cook – then Merridy Huxley and Bernie Craggs – also notable Paddlers! Andrew Wilkinson secured the Van Stappen Trophy, for fastest Member in a Single craft.

The Treasurer, Margaret Naughton, “balanced the books,” despite the income lost from the cancelled State Series Race, and Wyong River Ultra.  We thank the NSW Govt for the $1000 Covid 19 Grant, which was some compensation.

Our Philip Ward enjoyed the Event on Sydney Harbour – 22nd November – paddling a V1 – a one person “va’a” – a Tahitian term. (see pic). I have yet to familiarise myself with the mysteries of this discipline, but it looks like fun!

I would like to take this opportunity to thank our Timekeepers, Diana and Margaret for their dedication to duty, as they make it all possible!

Thank you also to Clive Adams for ably maintaining the Club Website, and Anne Cowper for administrative advice, re the Constitutional change – reducing the Committee to a minimum of five.

A Milestone Race on Bonville Creek