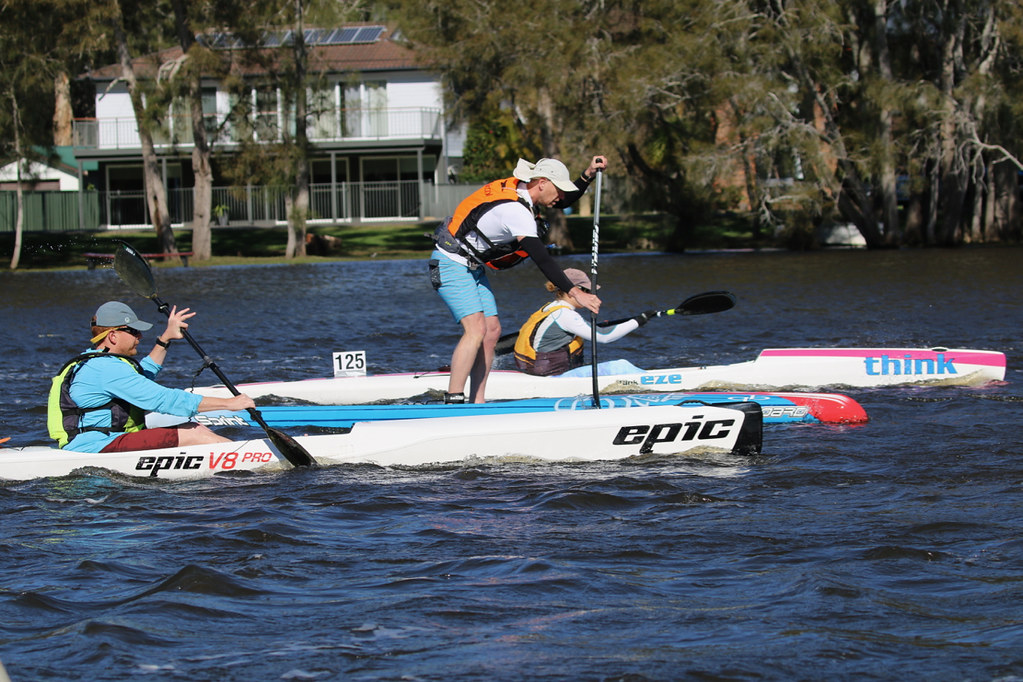 In lieu of the 2020 Wyong Ultramarathon, Paddle NSW staged a virtual ultramarathon from August 29th to September 6th. Regular competitors in the NSW marathon series were joined by interstate and first-time paddlers to complete self-timed distances of either 15kms, 30kms or both!

A total of 54 boats took part in the race, with some paddlers organising a mini-event at their local club and others choosing to tackle the distance either solo or in team boats. Gary Munro was the fastest 30km paddler overall in an impressive time of 2:16:03, while Catherine Atkinson was the fastest woman in a time of 2:38:07. Both also took on the 15km race and, with respective times of 1:05:57 and 1:16:16, earned the same honours in that distance as well!

About a third of the field was made up of doubles, with John Denyer and Gareth Stokes the fastest double over 30kms in a time of 2:29:20, and a K4 captained by Michael Oleary (with a few mystery members) clearly having some fast fun in a time of 2:26:24. Over 15kms, “Andras Eles and partner” took doubles line honours in 1:08:15.

Following a strong SUP turnout at the Windsor Marathon on August 8th, it was great to see a number of paddlers joining the long-distance race as well. Mike Hayes took virtual line honours in the 30km SUP race in a time of 3:18:29, while Kiaran Lomas was the fastest over 15kms in 2:00:36.

The benefit of a race that’s run over nine days is that paddlers can attempt both distances. This challenge was a popular one, perhaps thanks to the availability of four weekend days to complete the races. A special mention must be made of Michael Lieberman, who completed both distances in both a single and a double!

Sprint Events in December and January

Inaugural Morison 50 an Ultra Adventure on the Hawkesbury River