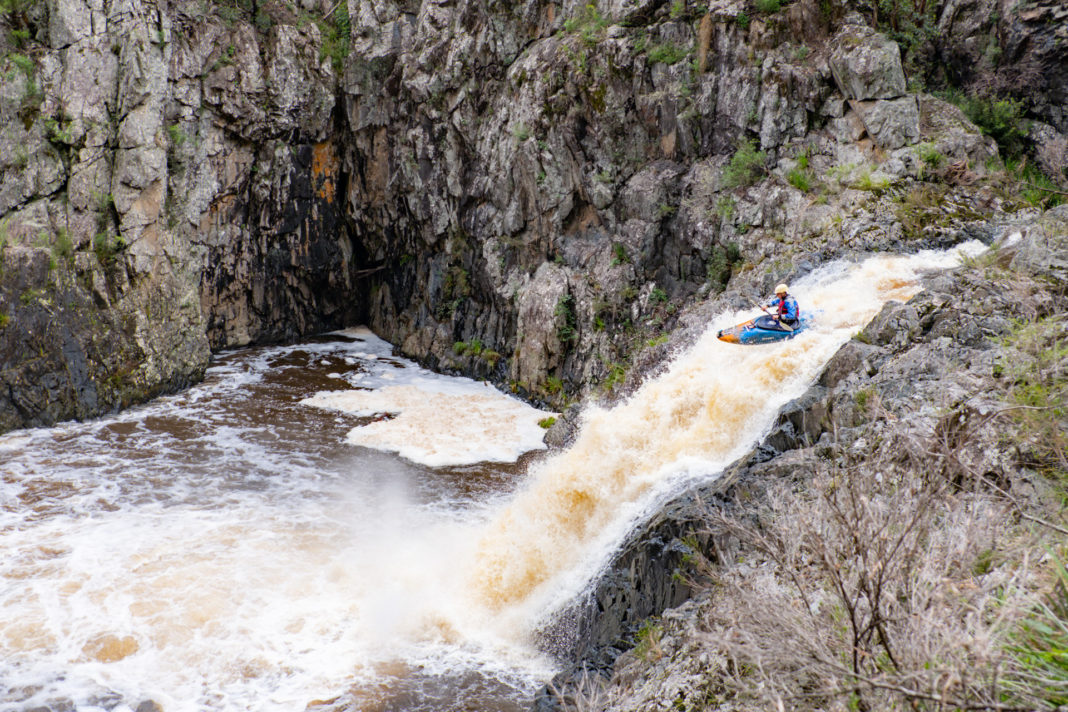 A handful of adventurous paddlers got an early Christmas present in 2020 when they ventured into a lesser paddled section of the Blicks River taking advantage of the good rainfall. The Blicks is high in the Nymboida River catchment on the Dorrigo Plateau of Northern NSW. The river has rarely been paddled due to low water levels and a river description that has deterred many paddlers over the last 20 years. The description talks of a difficult box canyon with 12 portages and some that are impossible to portage as well as grade 6 rapids. Thankfully the river is far better in its current state.

The trip was led by Michael Taylor and Alex McIntyre and they were joined by Hadiah Virzi-hartigan and Remy Taylor. The river has been paddled a few times in the last few decades but not recently and certainly not with an updated description. The recorded paddle distance was just less than 20km and the trip took 5.5hrs which would be considered a fast run with the 6 waterfalls over 5m in height including one 9m waterfall at the highest. There were countless grades 3 to grade 4 rapids but unlike the description every rapid was runnable in modern creek boats for confident grade 4 paddlers. It was agreed that all drops could also be portaged with good rope work to lower boats and reasonable down-climbing ability. 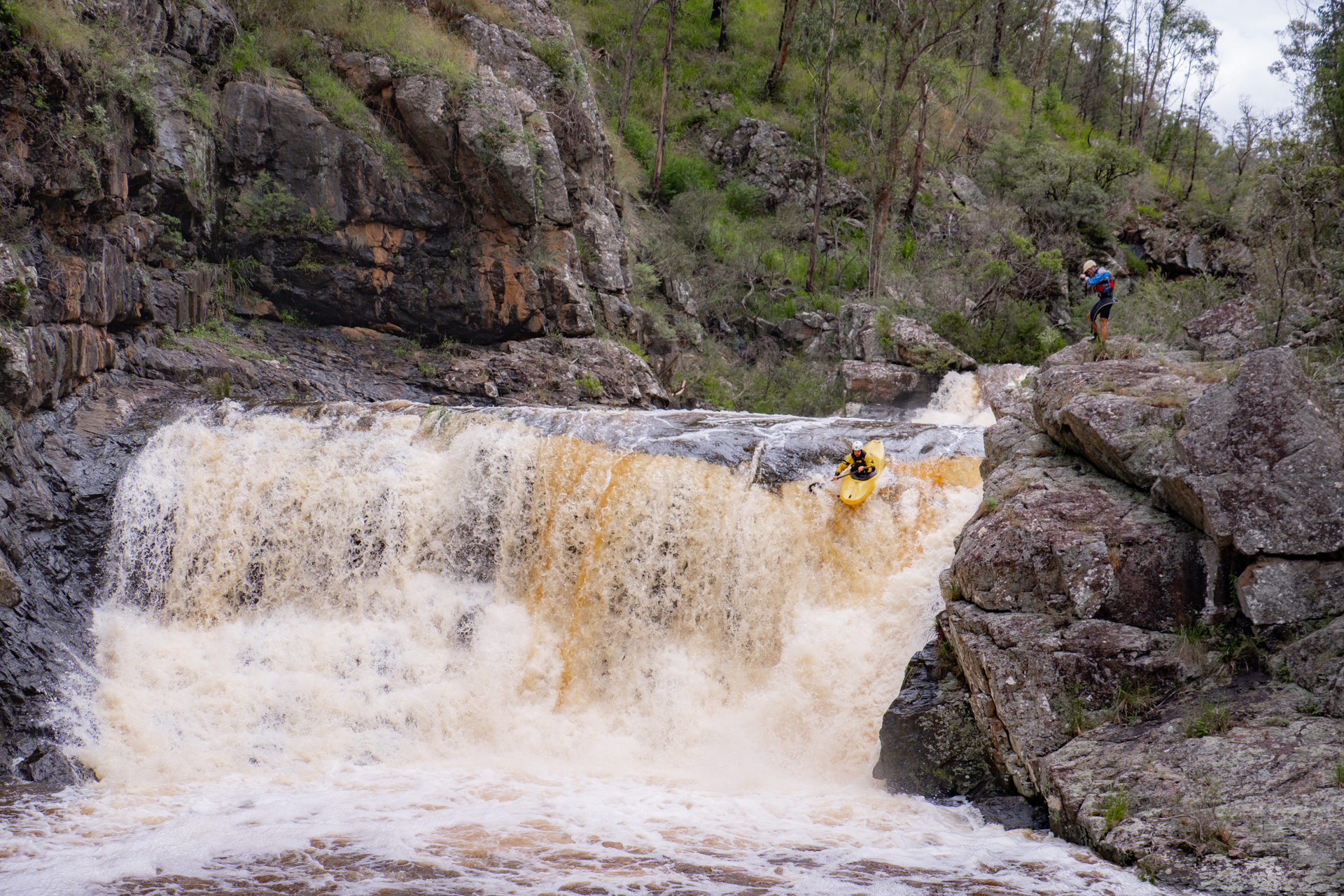 The cons were far outweighed by the pros, although, it should be noted that there were at least three locations where fallen trees in the river caused significant danger and some locations where small shrubs and trees made “read and run” boat reconnaissance impossible. Two rapids were portaged by some members of the group either due to low water or unknown water hazards. Both rapids were either paddled by members on this trip or have since been assessed as safe to paddle. This has meant that in the total distance every rapid was runnable providing the skills and water level are present. The river runs through an isolated gorge so solid river rescue and remote outdoor survival skills are recommended if attempting to venture down the Blicks.

The paddlers all had a wide range of experience paddling rivers in Australia and overseas but this one left them pinching themselves. It trumps even the other popular nearby Bielsdown River as an exceptional section of extreme steep creek whitewater. If you are seeking a serious whitewater challenge and want to experience one of Australia’s best grade 4 steep creeks then this is one to keep your eye on. It’s almost unbelievable that it’s right on our doorstep here in NSW.